Food and Agriculture Organization of the United Nations (FAO) 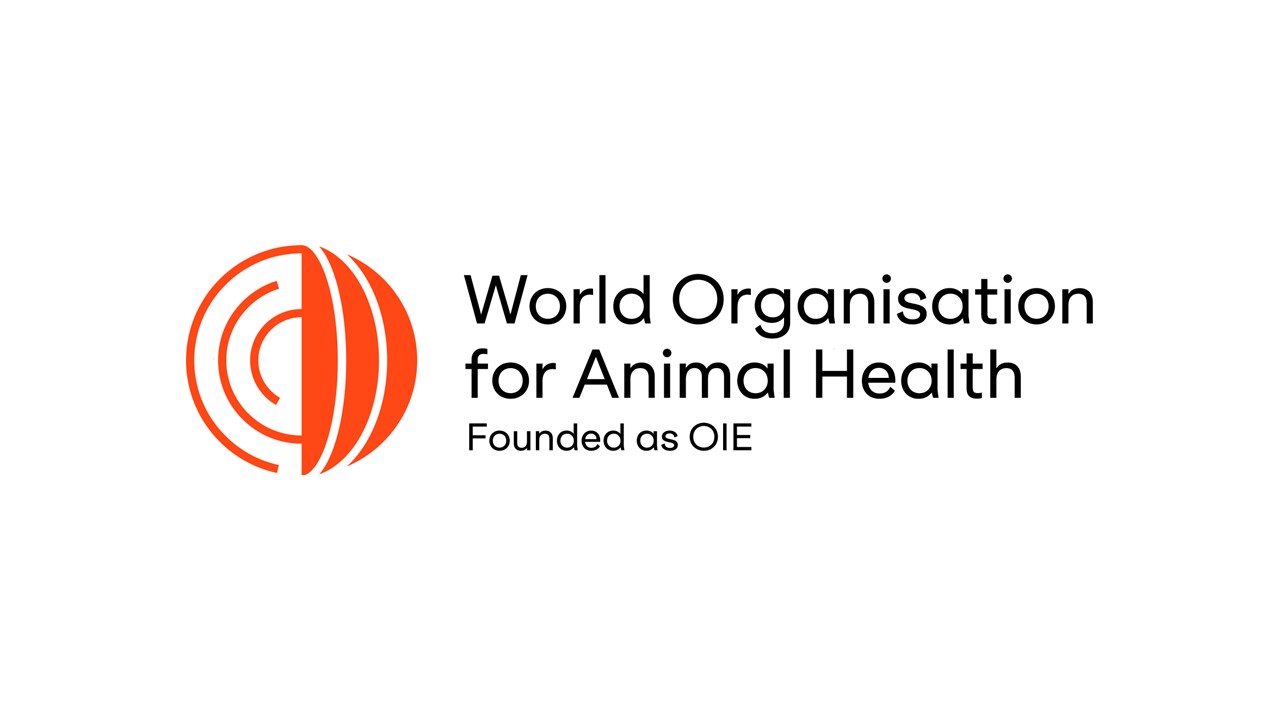 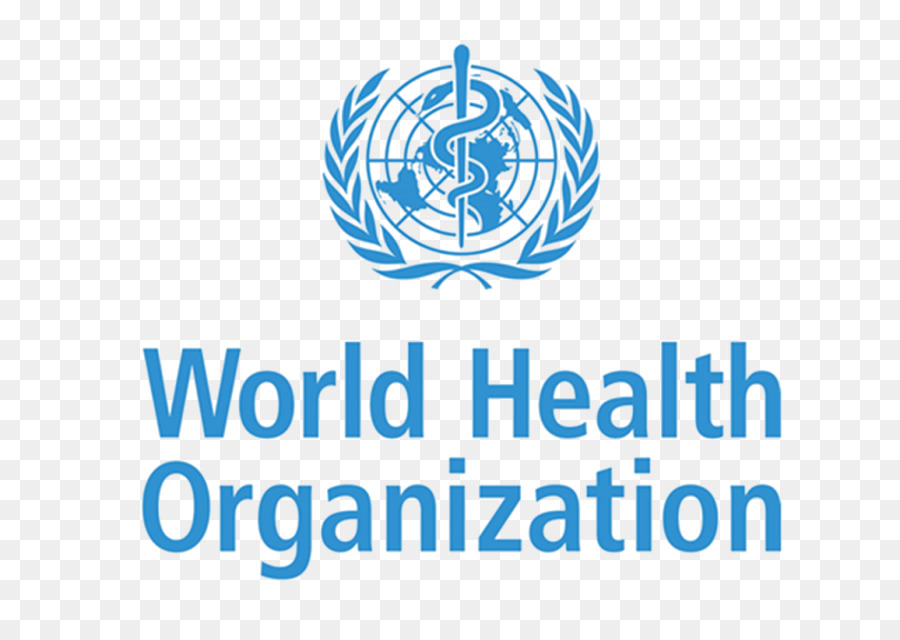 About Regional One Health Coordination Mechanism

The “One Health” concept summarized the idea that had been known for more than a century; that human health and animal health are interdependent and bound to the health of the ecosystems in which they exist.

The Regional One Health Coordination Mechanism for Europe consolidates cooperation between the regional offices of the FAO, the WOAH, the WHO and the UNEP for the European Region (including Central Asia) to address the wide range of activities related to One Health concept, within the human-animal-environment interface.

This framework was formally established in April 2021 when the Heads of the FAO, the WOAH and the WHO Regional Representations for Europe and Central Asia signed a Joint Statement to coordinate One Health priorities in the Region. In August 2022, Regional Office of UNEP for Europe joined Regional One Health mechanism, and regional representatives (directors) of four originations signed a new Joint Statement of Intent to coordinate One Health Activities in Europe and Central Asia, creating Regional Quadripartite Mechanism for Europe.

Three international organisations – the Tripartite Alliance – have worked together for many years to prevent, detect, control and eliminate health threats to humans, originating – directly or indirectly – from animals. Now, after UNEP jouined the Tripartite, the global Quadripartite Alliance is the basement for the Regional One Health Coordination Mechanism.

In 2010, the three Organisations published the Tripartite Concept Note, describing principles of their collaboration and objectives.

In October 2017, the WOAH, the FAO and the WHO released their second Tripartite strategic document reaffirming their commitment to provide multi-sectoral, collaborative leadership in addressing health challenges. On 31 May 2018, partners signed a Memorandum of Understanding (MOU).

The One Health High-Level Expert Panel (OHHLEP) was formed in May 2021 to advise FAO, UNEP, WHO and WOAH on One Health issues. This includes recommendations for research on emerging disease threats, and the development of a long-term global plan of action to avert outbreaks of diseases like H5N1 avian influenza, MERS, Ebola, Zika, and, possibly, COVID-19. The panel will also have a role in investigating the impact of human activity on the environment and wildlife habitats, and how this drives disease threats. Critical areas include food production and distribution, urbanization and infrastructure development, international travel and trade, activities that lead to biodiversity loss and climate change, and those that put increased pressure on the natural resource base – all of which can lead to the emergence of zoonotic diseases.

The new Quadripartite MoU provides a legal and formal framework for the four organizations to tackle the challenges at the human, animal, plant and ecosystem interface using a more integrated and coordinated approach. This framework will also contribute to reinforce national and regional health systems and services. 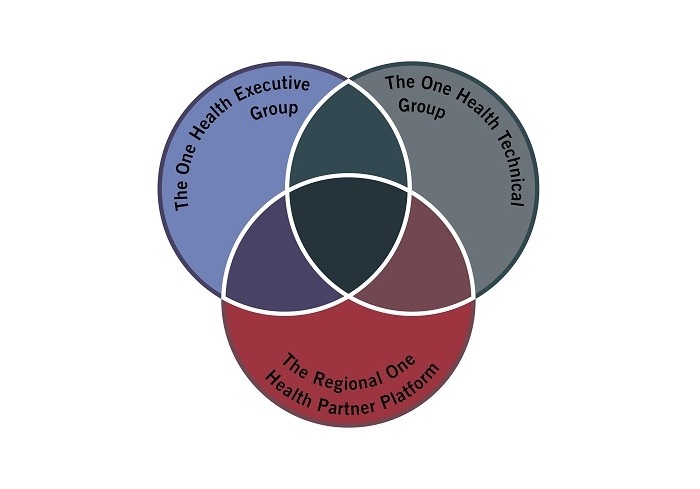 The structure of the Regional One Health Coordination Mechanism

The One Health Executive Group for Europe

The One Health Executive Group (OHEG) for Europe comprises the respective Regional Heads of the Quadripartite (FAO, WOAH, WHO, UNEP) or their designated Directors, or Regional Representatives.

The OHEG is accountable for decision-making, providing strategic direction and support to global and regional competent governance structures and aligning the regional work in the global efforts on the One Health.

The One Health Technical Group for Europe

The One Health Technical Group for Europe (OHTG) is practically a Secretariat of the Regional One Health Coordination Mechanism.

The Regional One Health Partner Platform for Europe

The objective of the Partner Platform is to support and provide input to the work of the OHEG and OHTG to maximize country impact. The Platform takes stock of emerging and re-emerging health threats in the human-animal-environment interface in the region and provide evidence, share lessons learned and identify priorities for potential joint action by the Tripartite and its partners.

Priorities of the Regional One Health Coordination Mechanism

In 2011 the FAO, the WOAH and the WHO set three priority areas of the global Quadripartite Alliance: animal influenza, antimicrobial resistance and rabies.

Joint Statement to coordinate One Health priorities in the Region

Terms of References of the Regional One Health Coordination Mechanism 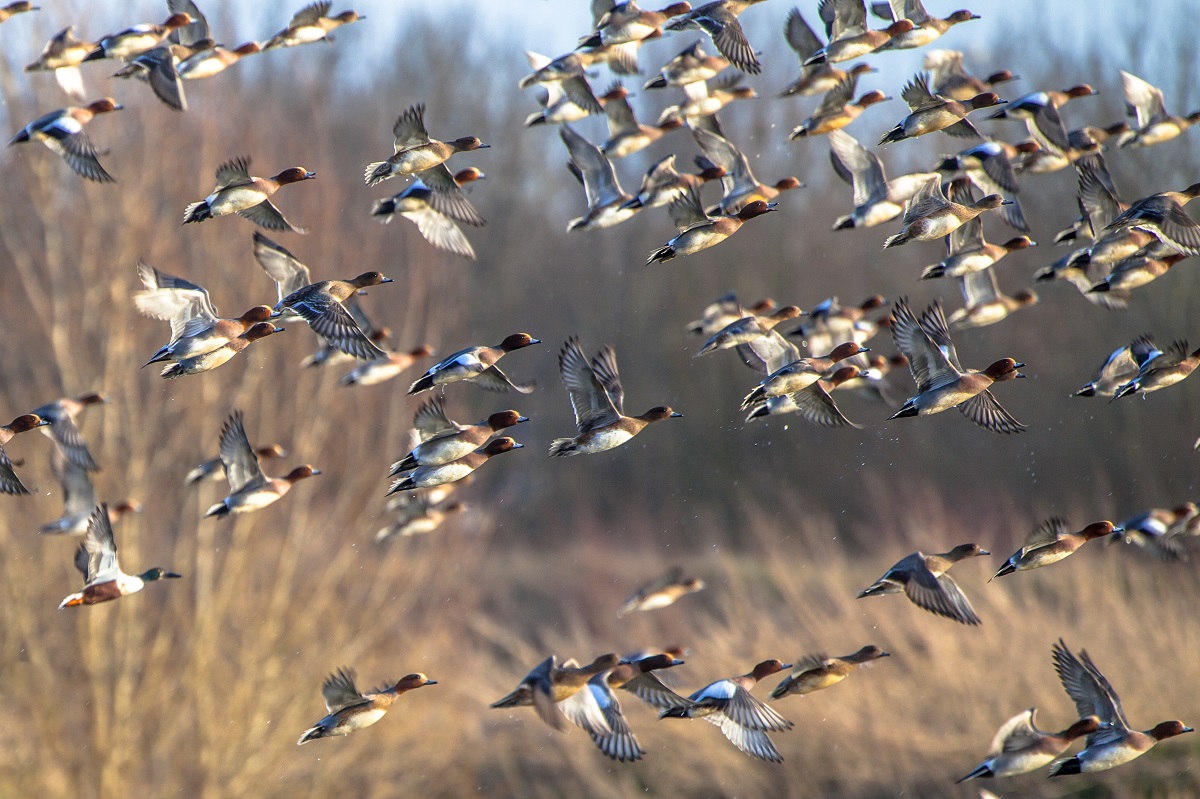 In 2005 the WOAH and the FAO established a global network of expertise on animal influenza – OFFLU.

This network of international experts is intended to monitor influenza in humans more effectively, in issues related to the animal–human interface. Since 2009 it has extended its field of action to all animal influenzas and continues to increase its activities.

In particular, OFFLU collaborates with WHO to contribute to the early preparation of human vaccines 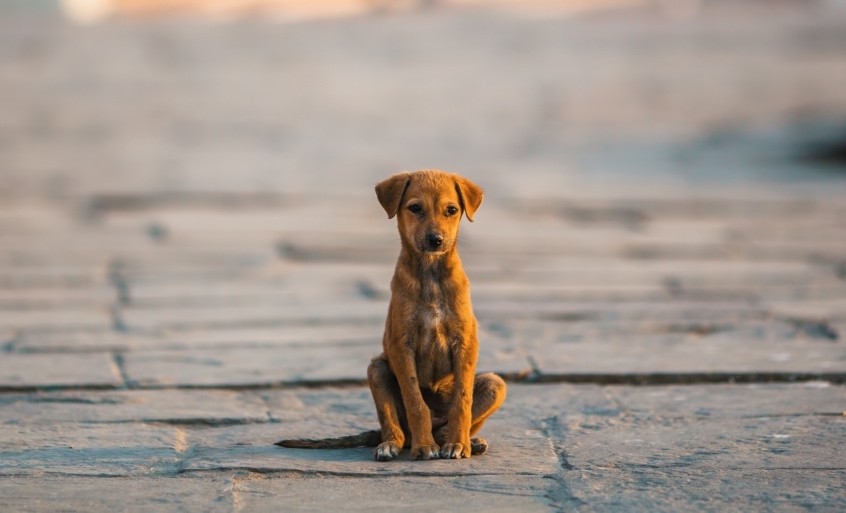 Rabies still kills tens of thousands of people every year. However, we have all the methods needed to prevent and eliminate this disease.

The Tripartite Alliance in collaboration with the Global Alliance for Rabies Control has developed the Global Strategic Plan to end human deaths from dog-mediated rabies by 2030. 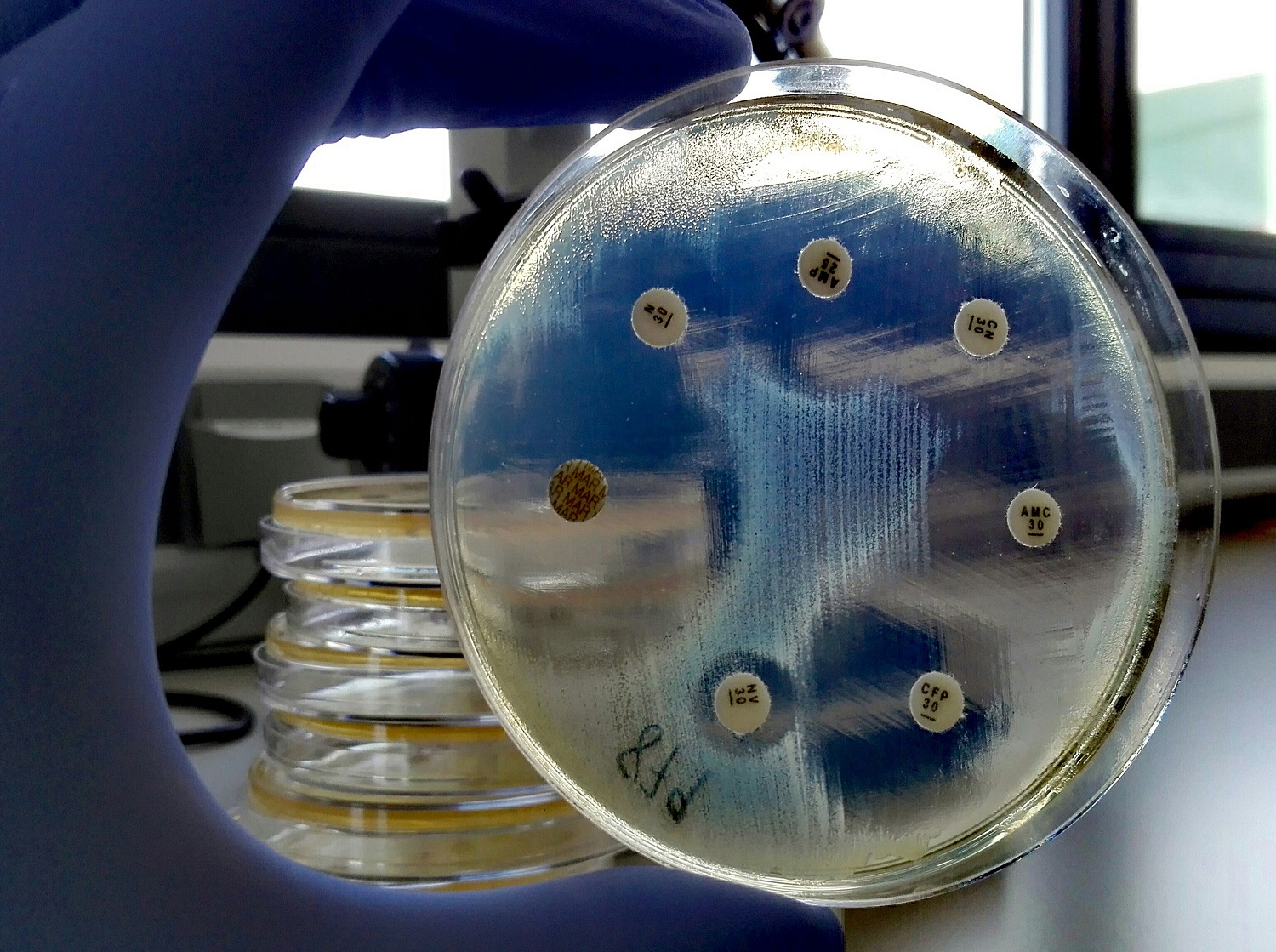 Antimicrobial agents are medicines used to treat infections, particularly those of bacterial origin. These medicines are essential to protect human and animal health, as well as animal welfare. Excessive or inappropriate use can lead to the emergence of resistant bacteria which do not respond to antibiotic treatment, as seen in recent decades.

This phenomenon, called antimicrobial resistance, which poses a threat to disease control throughout the world, is a primary concern for human and animal health, and it is the focus of the WOAH AMR Working Group.

Resources to learn more about AMR

Technical brief on water, sanitation, hygiene and wastewater management to prevent infections and reduce the spread of antimicrobial resistance

International instruments on the use of antimicrobials across the human, animal and plant sectors 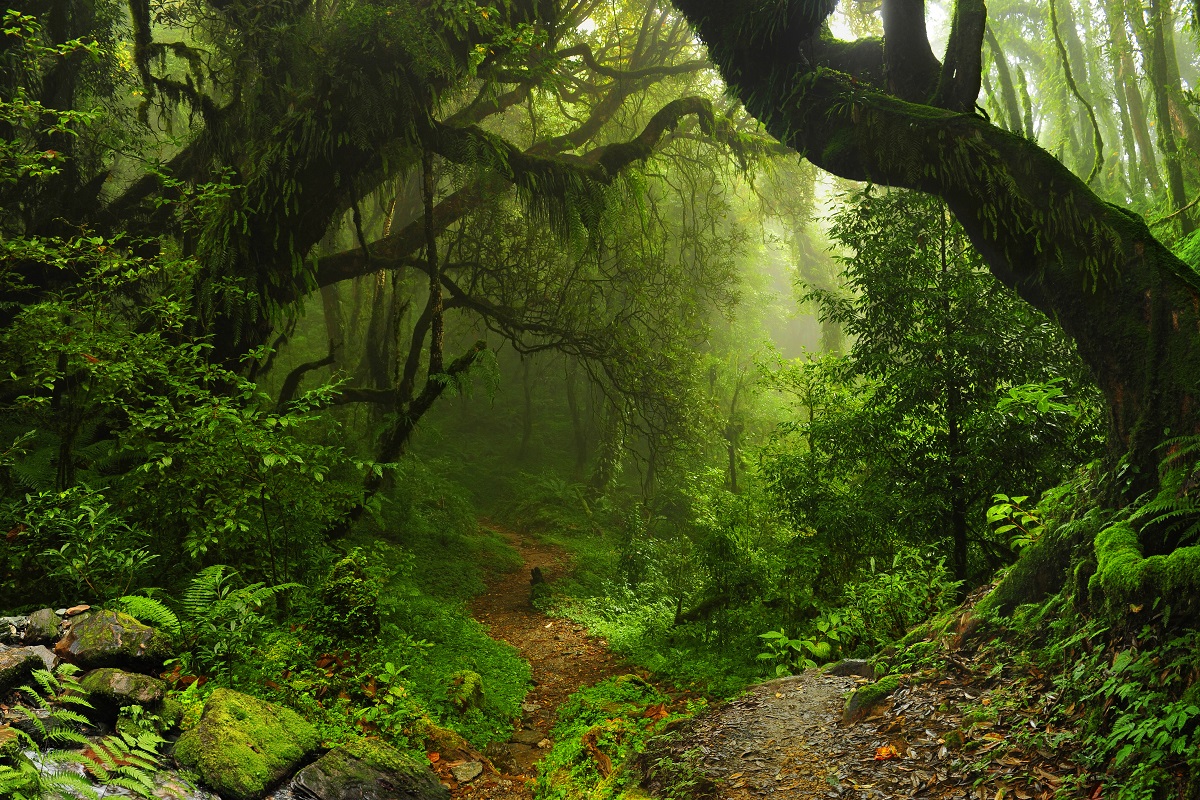 Nepal jungle area at the foot of the Annapurna

Biodiversity – this term refers to the idea of living variation, from genes and traits, to species, and to ecosystems. Biodiversity is crucial for normal ecosystems functioning and ecosystems services: nutrient and water cycling, plant pollination, climate regulation and pest and pollution control. Rapid biodiversity loss leads to negative consequences for animal, human and environmental health.

The current species extinction rate is estimated to be between 1,000 and 10,000 times higher than the natural or ‘background’ rate, according to the International Union for Conservation of Nature5.

One in four mammals and one in eight birds face a high risk of extinction in the near future. The total number of known threatened animal species has increased from 5,205 to 8,462 since 19965.

Biodiversity loss increases the probability of zoonotic diseases outbreaks due to the loss of “dilution effect’. One example is research conducted  by American ecologists Richard S. Ostfeld and Felicia Keesing  in 2012 regarding the ecology of Lyme disease6.

One host, the white-footed mouse, is more competent at transmitting the bacteria, that causes Lyme disease, to biting Ixodes ticks than other small-mammal hosts. If population density of white-footed mouse is high and diversity of other hosts of Lyme disease bacteria is low, the probability of ticks to become infected is very high. So, the diversity of other vertebrate hosts provides dampening or ‘dilution’ effect and protects humans against exposure to Lyme disease.

Another actual issue of biodiversity loss – dramatic global decrease in bee populations. According to the European Parliament in recent years beekeepers have reported colony losses in France, Belgium, Germany, the UK, Italy, Spain, the Netherlands and another countries.

Among major reasons of bees’ extinction: land-use changes for agriculture or urbanization, which leads to homogenous landscapes and the disappearance of diverse flora, non-sustainable usage of pesticides, invasive species and diseases, and climate change.

The Global Assessment Report on Biodiversity and Ecosystem Services, Summary prepared by IPBES 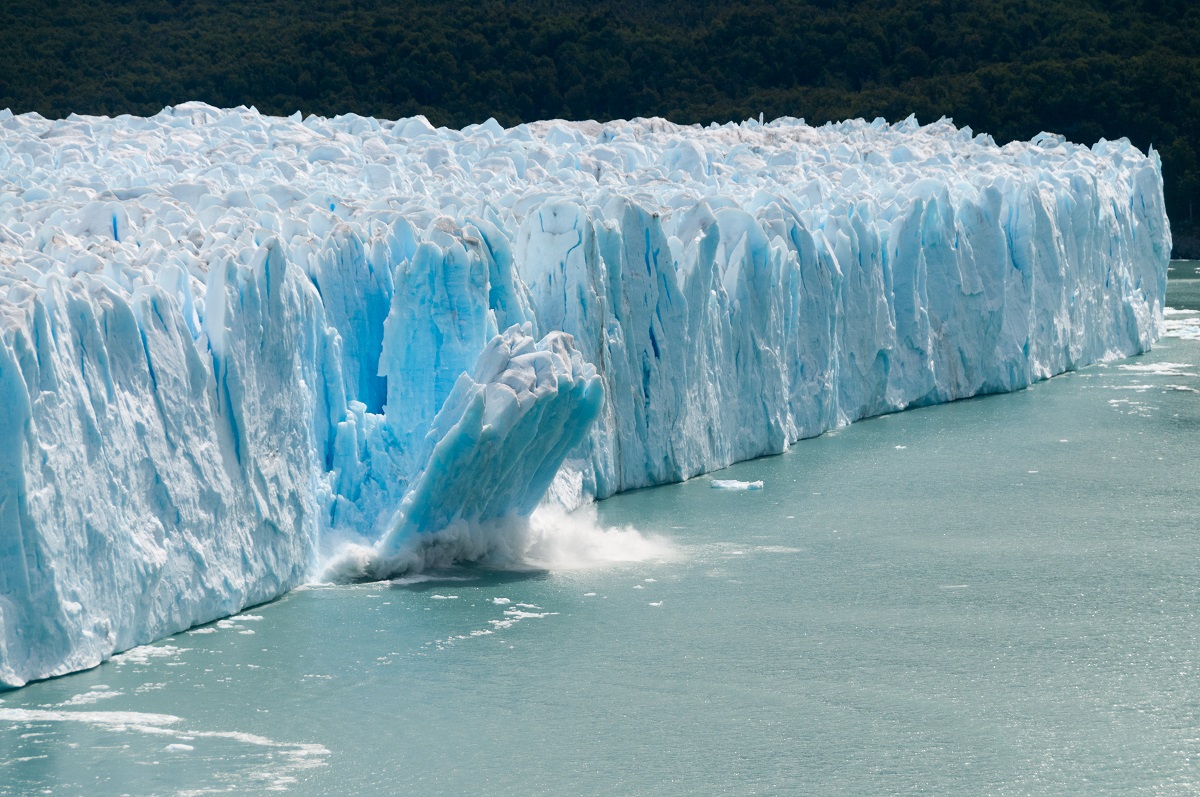 A giant piece of Ice breaks off the Perito Moreno Glacier in Patagonia, Argentina

Climate change leads to increased incidences of foodborne pathogens, such as Salmonella spp. and Campylobacter spp6

Resources to learn more about One Health concept

WHO One Health webpage

Partnering for One Health

From all the lessons that COVID-19 has taught us, one appears clearer than ever: we are stronger together. There is a need for collaboration to battle shared challenges.

The continuous emergence of health threats originating in the animal, human and environment interface urges the Tripartite (FAO, WOAH and WHO) to reassess, renew and scale-up support to countries to prevent, detect, assess and manage potential health threats with the aim of protecting the health of animals and people, avoiding economic disruptions, and sustaining livelihoods.

In the video below, representatives of the World Organisation for Animal Health, the Food and Agriculture Organization of the UN, the World Health Organization, and the UN Environment Programme  highlight the need for collaboration to battle shared challenges.

Communication Materials for One Health 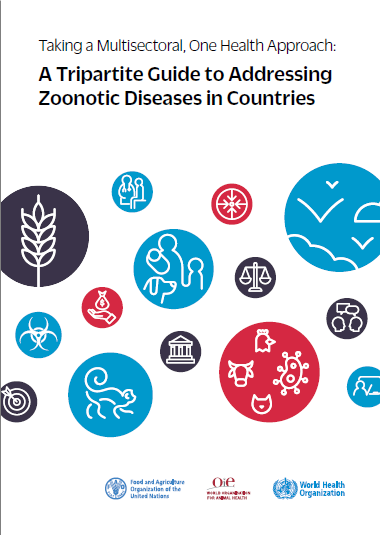 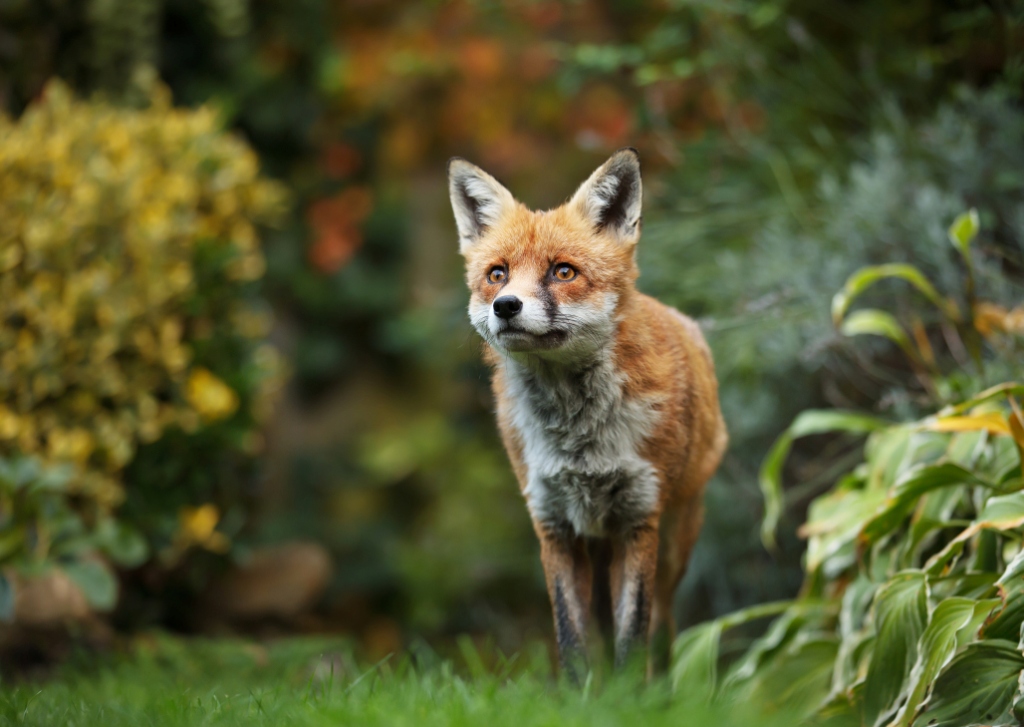